This is the story of a bottle. A simple bottle.

A bottle in the sea.

She could be the messenger of an ancient shipwreck that she would reveal the secret.

But the truth is that she is just an ordinary plastic waste, of insignificant value we may think. At the end of a process of common consumption, she was immediately thrown away, falling from one container into another, in the vicinity of other waste. Until one day, on the course of a life that was promised for a thousand years (life expectancy of a plastic!), she was caught by the power of the oceans, tossed by the waves. Then she finally ended up in this strange place where, under a dark sun, she joined other holders of fairly comparable stories. She is now deteriorating in the ocean, gradually contaminating the waters and ecosystems. And while she’s vanishing in the onslaught of waves and winds, the bottle remembers …

She suddenly reminds the beautiful house where she was driven one day, passing from hand to hand in an unexpected brotherhood. During this extremely precious moment, she felt such a brief but unmistakable giddiness. She was so proud to incarnate the work of men, ready for consumption. Wasn’t she made for that?! The bottle recalls her birth in a company, taking part in the history of technical development. At this early stage, she was devoted to ensuring the comfort and well-being of its future users, nurturing the great economic adventure of our time.

Of course, on the other hand, and although she was not an expert in, she heard people talk about crisis, global warming, threats to the environment, danger for life and health. But all of this seemed so abstract, so far from her! The bottle was indeed such a magnificent witness of our energy management, especially fossil! She contributed to implementing the fascinating flow of agricultural business, as she even had the privilege to protect and contain food. She would certainly admit how modest her contribution was. But the bottle also remembers that she belonged to this consumer society, and to the thougtful governance of this period… well, as much as a “bottle” can assume it. A friend even told her the story of this young man who had motor difficulties. Within a team of good friends, he managed to overcome his disability by modeling then 3D printing a pair of personal pliers in order to open bottles like her. Truly magic!

“Bottle”, well here’s a name! She wonders now how to say this word in so many languages of the world. Is the word masculine or feminine? Neuter perhaps? For the first time she thinks at that very moment that some languages may not have such a word to express this reality, and she feels that somehow puzzling. How did they fill the gap? She then realizes that this word gave her meaning, and more than that contributed to her identity… Would she therefore have a place dedicated to her in a lexicon of our time? Of course! she thinks, inflating her chest. Isn’t she in all her universality an uncomparable reference, a clear sign of progress?

While we talk of progress, she believes that she has just seen a drone flying over this space… Bizarre! A drone in this forsaken corner? An illusion, no doubt. The bottle admits she was hallucinating and starts over again the course of her thoughts in a loop.

If she had been able to write books, she would have tirelessly described the foreign worlds she crossed on land and sea, across rivers, mountains, forests and cities. More than one would be surprised, because the bottle has known so many borders, so many countries … She found everywhere the blatant inequality levels of wealth and poverty. She also noted the globalization of trade and cultures, and you can trust her because plastic wastes are not in any case indifferent to that worldwide movement. Who knows, maybe she could even help analyze our worldviews, plastic bottles found so ingenious jobs around the world, reflecting the inexhaustible talent of their users!

A long time ago, when her model was drawn on the desktop of an engineer, in the beauty of her shape, her slender curves, the bottle would have almost sworn to conquer the world. The future was belonging to her. No risk in sight. Any form of disaster seemed so distant, so unlikely … But now she knows to be extremely fragile, on the verge to disintegrating in this aquatic environment which is not really willing to congratulate her for that. Then the bottle begins to doubt. Would she have lived differently if she had known that earlier?

She thinks of this fragile planet, and feels the growing threat to all objects, all species, including humankind. In each of her molecules falling apart, she understands that she is the culmination of a long history, of an evolution and its questioning. She is certainly just a bottle in the sea, however, in what may be her last breath, she wonders what is still to be accomplished, succeeded. In fact she fulfilled her contract without hope of renewal! Who can take the measureof this strange situation?

The bottle feels desperately alone. She would like to communicate to the world what she feels. She would like to appeal to the conscience of a “we” awake to the most contemporary problems and to their resolution. But isn’t it a bitcomplex for a bottle dying on a continent that does not exist, yet. Surely futuregenerations will never hear about her …

She would give so much to change that, to help understand that we have torenounce certain things we may have been bound to, that we have to rethink our educational methods regarding objects, beings, and the world itself. But looking around, she guesses that all of this is only a utopia. Utopia of a – plastic – bottle in the sea, which can no longer arouse any responsibility, nor any more intelligence. The die is cast, decisions are made … Then the bottle reflects on that if it was to be done again … But she immediately stops because she knows that we cannot go back. Then she imagines that if it was to be done, we would certainly have to anticipate all this tangle, in the light of better sharing …

The bottle definitely stops… Against all probability, a hand is just grabing her… She cannot believe it, yet there’s no doubt. She feels again the communicative warmth which had made her love this world. In a sudden acceleration, she sees the film of her life: the engineering drawings, the bottling plant, the shelf of the store where she was bought, the wonderful party in the house, then the long chain of waste, and all the steps of this foolish road that lead her one day to meet the vast ocean! And soon she hears a voice she had not heard for so long : “Look where this one comes from!?” “Unbelievable! A good example, take it …” 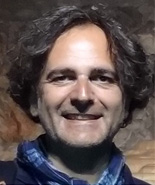 «Be the change you wish to see in the world.» – Gandhi

Know. Believe. Understand. Communicate. Create. And for that, use words, signs and symbols. This is the case of every human condition. However do we always take the time to question these elements? Do we measure the importance that this questioning can take in our thoughts, decisions and judgments? And if we do, what tools, what approaches do we mobilize? At the era of digital surfing and accessibility of oceans of contents, I then came up with the idea that inquiring a few thousand signs could be useful not only to our own understanding of the world, but to exchange about it according to our differences in knowledge, beliefs or worldviews.

From the evocation of « the bee » to that of « health » or « justice », from the notion of « waste » to that of « money » or « art », I suggest to gather fragments of the world in the plurality of cultures, languages, spiritualities ​​and sciences. Far from aiming to define them in an absolute way, we will rather travel in the highly variable universe of their indefinitions, through the diversity of our conceptions and interpretations.

This is the Pantopie that I propose to share and, if your wish, to extend together… I cherish the idea that facing the challenges of our time, be they ecological, economic, digital or educational, such an approach could modestly contribute to a world of greater responsibility, that is, mutual listening and peace.

For a cultural growth of humanity

A bottle in the sea…

For a universal calendar…